Some of the major banks have introduced special deals for new builds, but not all.

We have a look at what the deals are and review how good they are too.

ASB and Sovereign Home Loans introduced a special deals for new builds called “Back my Build” with a low interest rate at 1.79% in May. They can offer this by tapping into the Reserve Bank’s cheap Funding for Lending Programme.

ANZ have now introduced a 1.68% variable rate for new build homes, becoming the cheapest floating rate in the market. This is known as “Blueprint to Build” and is for first home buyers or those building a Homestar 6+ home.

At this stage the other two big banks, BNZ and Westpac have resisted joining the market with any special deals for new builds, and they have stated that they have no plans to introduce cheap variable rate loans for new builds.

ASB Back My Build

The “Back my Build” is one of the special deals for new builds and potentially the best.

It has a discounted floating interest rate of 1.79% which is a 2.66% discount off the ASB floating rate.

It’s also important to understand that the low equity margins will apply for loan to value ratios on lending above 80%. The banks LEM pricing can be found here.

To encourage green and sustainable building practices for healthier, happier Kiwis, ASB will give customers who finance their new build with a Back My Build variable rate home loan a cash contribution of $2,000 if they can evidence their intent to build a 6 Homestar rated home (or higher). First Home Buyers that take up the Back My Build variable rate are not eligible to receive the $2,000 First Home Buyer cash contribution.

A few weeks after ASB introduced the special deals for new builds, ANZ decided to introduce the Blueprint to Build.

ANZ claim that the Blueprint to Build is a market leading offer to support those building a new home. The offer is available from July, 5th 2021. It’s a 2.76% discount off the ANZ Home Loan floating rate for 2 years. 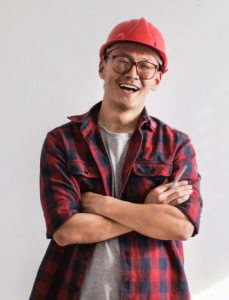 What Option Is The Best

What do they offer and which is the best option?

Kiwis will often look at the interest rate and judge the loan options on that alone, in which case you would choose the Blueprint to Build offered by ANZ.

However there is always more to consider and when you look at the detail you may change your mind.

Firstly it is important to understand that the interest rates being offered are discounts off the fixed rates;

The key here is that both are discounts off the floating or variable rates, which means that the rates could change. You may select ANZ based on today’s rates and tomorrow this could all change. The key is that both are good rates but how long can you keep these low rates for?

So if you had ‘say’ a mortgage of $500,000 then you could save over $13,000 a year from the standard floating rates, or the ASB special rates are still 0.40% less than the best advertised fixed rate. Even if you consider the 0.40% discount that is $2,000 less interest in a year, plus a floating mortgage gives the ability to pay more off your loans too.

If you look at this over the 3-year loan term then you would need to consider the ASB Back my Build as being the best option.

In addition, ASB Bank also have the option of doing the same with Sovereign Home Loans which has some added advantages;

As advisers for new build finance we like to make sure that you have all the information so you can make the right choices, and at the moment it is hard to look past the option offered by Sovereign Home Loans with the same “Back my Build” with special deals for new builds.

New Build Homes Are A Popular Option In Hot Markets

As the property market booms people are starting to flock to new build homes. With a new build you can... Read More